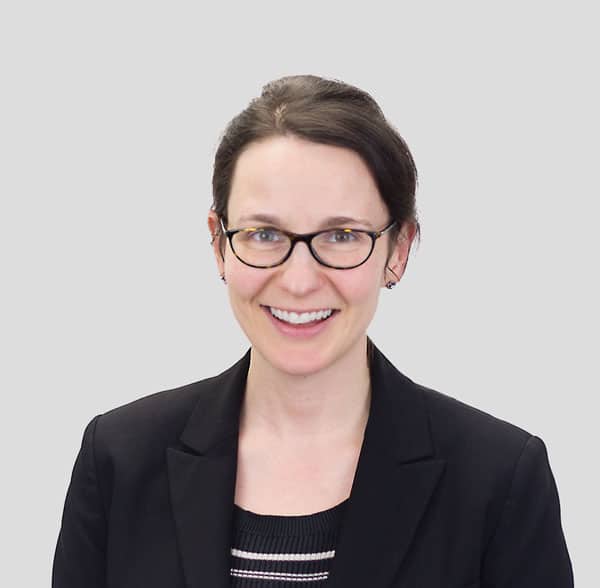 Toronto family lawyer Jennifer K. Howard joined Devry Smith Frank LLP (DSF) as a partner early in 2016 after practising at a large full-service law firm in downtown Toronto. Jennifer obtained her Bachelor of Laws from Osgoode Hall Law School and was called to the Bar in 2007.

Since her call to the bar, she has been practising in all areas of family law and has been involved in many difficult and noteworthy cases involving a child and spousal support, equalization of property, custody and access, drafting and negotiation of cohabitation agreements, marriage contracts and separation agreements as well as trial and appellate advocacy cases.

Jennifer has appeared at all levels of court in Ontario and although her practice is taking her to the courtroom often, she uses collaborative and alternative processes to reach agreements that are mutually beneficial for all parties involved.

When not busy practising law, Jennifer enjoys tennis, working out and performing arts.


Jennifer Howard, a partner at the law firm Devry Smith Frank LLP, has launched a charter challenge to address the concern in the courts. “This necessary change to the Family Law Act provides much-needed support to unmarried families who are caring for adult children with disabilities, and often lack the financial resources necessary to go through an expensive and lengthy litigation process.”

You can read the full story here and watch the video here.