In the following, we discuss what a parent who is denied access to their child(ren) can do, and provide some context to help make sense of this situation.

In a perfect world, parents would put aside their differences and cooperate to ensure both parties play an active role in their children’s lives.  One way of doing this involves the parents executing a contract as to custody and access – namely, a “parenting agreement” or “separation agreement.”  Such agreements are valid and enforceable when in writing, signed, witnessed and where both parties have received independent legal advice.

One helpful resource that  can work with families toward reaching an agreement, is a parenting mediator.  A mediator acts as a neutral third party who works to facilitate productive communication between parties, with a view to settling issues including access.  Mediated resolutions must be voluntarily accepted by both sides.  While both come at a price, failing to agree and escalating the conflict can often prove much more costly.

If parents cannot come to an agreement without assistance, or if the agreement is not being observed, they often turn to the courts and to legal professionals.  This is where the experienced family law practitioners at Devry Smith Frank LLP enter the fray.

To be clear, there are circumstances where a parent is justified in denying the other parent access.  This will be the case where a parent presents a protection risk to the child(ren) – for example, where an access parent is abusive, does not maintain a safe accommodation for the child(ren), or is intoxicated.  However, where access is denied without justification, a parent can seek remedies from the court.

In applying any remedy, the courts’ paramount consideration is the “best interests of the child.”  The courts will not enforce or approve a parenting agreement, in terms of access or otherwise, unless it accords with that principle.  While the “best interests of the child” are not precisely defined, courts must consider specific factors – these include facilitating the child’s access to the other parent.[1]  Generally, the courts frown upon parents who obstruct the other parent’s access to their children.  They have even taken away custody from such parents.

Where a parent is not able to exercise access with their child, and where another parent is preventing the access from taking place, a parent can bring a motion seeking that the court Order the access.  In Ontario, the courts have awarded a parent who was denied access the costs incurred in attempting to exercise access.  The courts may also award compensatory access, so that the access time denied to a parent will be made up.  Alongside a court Order dictating that they will have access, the court will award the party who succeeds at the motion their costs – that is, the losing party will have to pay for a portion or all of the other side’s legal costs.

In more severe cases, a parent may disregard even a court order.  When a court order for access is not obeyed – “deliberately or willfully or knowingly” – the offending party can be found in contempt under the Family Law Rules (O. Reg. 114/99).  A contempt order is sought by motion, and can result in fines, other penalties, or even imprisonment.  Again, because the best interests of the child are the primary consideration, the courts are reluctant to criminally charge or even fine a parent.  This is an exceptional remedy, meant to convey clearly the importance of obeying court orders.

In exceptionally rare circumstances, a parent denied access may also seek an apprehension order.  The parent, or the police, are thereby empowered by the court to apprehend the child.  It must be emphasized that, given the immense psychological harm a child could be exposed to, a court is extremely unlikely to consider this to be in the best interests of the child(ren).  Indeed, such orders are all but unheard of.  Instead, a court asked to make this order may give the parent denying access another chance to comply, perhaps under threat of consequences for remaining in contempt of an order.

Ultimately, Courts must balance the desire to ensure parents’ access and respect for court orders, with the desire to avoid exacerbating tension and financial trouble within families.  Overlaying all other considerations, are the best interests of the child.  They therefore tend to gradually raise the stakes, escalating from warnings and compensatory cost awards to the more severe contempt orders where all else fails.

When faced with a denial of access, it is important to remain composed and resist taking matters into one’s own hands.  Emergency motions are available in certain circumstances.  If there is a genuine risk of harm, the police are also available in the immediate term.  Longer term solutions, however, will require engaging with the courts.

Navigating court processes without assistance can be complex and stressful.  If you are facing a denial of access, or any other family law issue, please feel free to contact Devry Smith Frank LLP.

[1] Among other factors, the courts consider the ability of those seeking access to the child to act as a parent.  An integral part of acting as a parent is the ability to facilitate access to those for whom the child has “love, affection and emotional ties”.  In the vast majority of cases, this includes both parents. 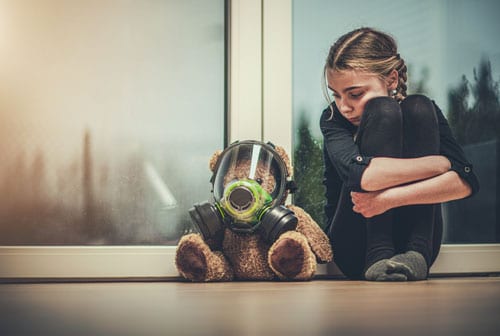 In the recently decided case of Ribeiro vs Wright, the Ontario Superior Court of Justice affirmed that parties with a pre-existing separation agreement or court order in place with respect to access rights cannot unilaterally change their access schedule on the basis of COVID-19. The court stated that parties should not attempt to take advantage of END_OF_DOCUMENT_TOKEN_TO_BE_REPLACED

My Boyfriend Has Been Denied Access to His Son. Can He Fight for More Rights to Him?

My boyfriend’s ex-girlfriend had his son in late November 2016. He is unable to see his son often and she won’t allow him to have him alone as she doesn’t think he can care for him. There is no paperwork in place yet but he’s worried she will ruin his life if he does not END_OF_DOCUMENT_TOKEN_TO_BE_REPLACED