A spouse who stands in the place of a parent to a child can be obligated to pay child support, according to s. 5 of the Ontario Child Support Guidelines (“Guidelines”). The amount a step-parent will be ordered to pay is at the discretion of courts. When exercising this discretion, the court will look to the other provisions of the Guidelines, and to any other parent’s obligation to support the child (including biological parents). The approach courts take to calculate the amount of child support owing by a step-parent can vary. They range from apportionment to percentages and top-ups. However, the case law has carved out several principles that courts generally follow in their determination of a step-parents’ child support obligations. These principles are described below.

The Ontario Court of Appeal in Wright v. Zaver, 59 OR (3d) 26 [2002] interpreted s. 3 of the Guidelines as placing a primary obligation on the biological parent to pay child support in the amount that is determined by the  Guidelines (sometimes referred to as the table amount). The Guidelines determine the quantum of child support based on the income of the payor parent and the number of children to whom support is owed. For the biological parent, this amount is automatically calculated, and cannot ordinarily be negotiated lower due to the presence of a step-parent.

It is important to keep the objectives found in section 1 of the Guidelines in mind. These include that a “fair standard of support” and “reduction of conflict between parents” are relevant to the determination of appropriate support by a step-parent. The legislation and courts set out to provide a degree of certainty for parents sorting out their affairs after a separation. However, primacy is given to the standard of living the child enjoyed when the parents were still living together, and the best interests of the child, in accordance with the “children first” perspective of the Guidelines.

If you have more questions about your family law matter contact Amy Jephson at 289-638-3172 or amy.jephson@devrylaw.ca

Can I be summoned to pay my fiance’s child support in Ontario?

Question: I am engaged to someone who already has kids from a previous marriage: 6, 13 and 14 years. If he defaults on his child support payment, will I be asked to pay his support? Will my income be factored in? How can I protect myself? – Advice Scene Child support is the right of END_OF_DOCUMENT_TOKEN_TO_BE_REPLACED 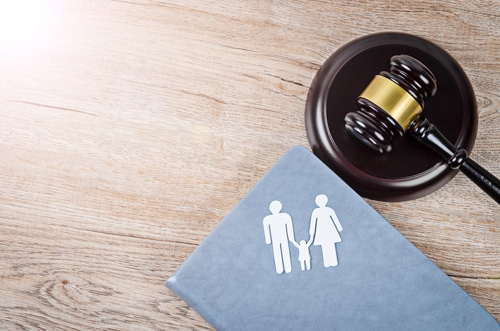 Child and spousal support obligations take effect either pursuant to a court order or a separation agreement (to be sure, many people make informal arrangements amongst themselves, though this is rarely advisable). Separation agreements typically contain review clauses which outline the process for changing a payor’s child or spousal support obligations, along with what kind END_OF_DOCUMENT_TOKEN_TO_BE_REPLACED

How is COVID-19 affecting child and spousal support in Ontario?

The coronavirus pandemic has brought far-reaching economic shock waves across the country. Over one million jobs have been lost in Canada due to COVID-19 in the month of March alone. As this crisis continues and more jobs and businesses evaporate, support payors and support recipients are going to feel the financial strain. If you are a support END_OF_DOCUMENT_TOKEN_TO_BE_REPLACED

Our Child Has Come to Live with Me, How Do I Stop My Child Support Payments to My Ex?

Child support payments are based on where the child actually lives, not where a Court Order or Separation Agreement says that they are living, or should be living. Since child support is the right of the child, it is also irrelevant as to why the child is residing in one place as opposed to another; END_OF_DOCUMENT_TOKEN_TO_BE_REPLACED

When Can I Stop Paying Child Support?

Many payer parents in Ontario mistakenly assume that child support automatically ends when their child turns 18. The law, however, says otherwise. The basic premise of child support is to ensure that children benefit from the support of their parents when they are unable to become self-sufficient. Viewed in this light, the question of age END_OF_DOCUMENT_TOKEN_TO_BE_REPLACED