The Toronto real estate market has been a hot topic in the city for over a year now. Soaring house prices and limited supply has made it difficult for potential buyers to purchase a home within the Greater Toronto Area (GTA). Without a significant amount of money on reserve to look to for negotiations, you might as well count yourself out of the Toronto real estate market before you begin your search. Many homes in the GTA have gone for close $1 million over asking, due to realtors using a strategy where they list the home low in order to attract more buyers.

Recently, a home in the Parkwoods-Donalda area of Don Mills was listed for $998,800 and sold after one weekend for $1.75 million, just over $750,000 above the asking price. Not too far away, another house located just off of the Bridle Path sold for $1.15 million over its asking price.

Multiple research studies have been conducted and presented to the public to reinforce speculations of market experts. The consensus? Foreign investment is making the real estate market soar until new data was released stating foreign investment only made up approximately 4% of transactions in 2016. When Trump took over the oval office, everyone focused on how he could influence our markets, and as a result, there was a spike in residents of the United States searching for homes in Canada, with residents searching for family homes in the city of Toronto – rather than the typical search for a cottage out in Muskoka.

Rising prices within the city means hopeful home buyers must look outside of the city if they want to get their hands on a home. Many cities surrounding Toronto have single family homes for hundreds of thousands of dollars less than those in the GTA, if you’re willing to commute to the city. Even if you decide to move out of Toronto, the prices may be cheaper, but their values are quickly rising as Toronto’s real estate increases in value. For example, moving as far as Brantford, ON you can currently find the average home price sitting around $400,000 (January 2017).

However, Ryerson university recently released their opinion on the matter. An article by The Star titled “Foreign buyer tax alone won’t solve Toronto housing woes: report” discusses how Ryerson’s City Building Institute (RCBI) believes implementing just a foreign buyer tax will not be the thing that saves Toronto’s troubled housing market. They do support the tax on foreign investors, but outline there should be an additional tax. A tax they call a “progressive tax” on expensive homes, owned by people who aren’t paying income tax – including those with foreign capital. A different way to view this is, if you’re earning money in Canada and paying taxes, you are not subject to the tax.

You may view Ryerson’s full report on the matter, “In High Demand” here.

This report features many charts displaying income, home prices, supply elasticity, number of single-family homes built per year, etc. If you take a look at our previous blog “Affordable Single-Family Homes In Cities Other Than Toronto & Vancouver” there are a number of similarities with the comparisons made between Canadian cities which the RCBI explores in great depth.

The soaring house prices has also meant many young adults have been forced to move back home. As a result, fewer houses are being put up for sale – as some people hold off selling because the prices are too high. If you sell your home, where will you go? What you sell your house for most likely will not land you in a bigger home, you may be forced to downgrade. In Toronto, people in their 20s are still living at home, a whopping 56.5 percent. With the high prices, many young adults are moving and/or living at home in order to save on some expenses, while saving up for a down payment on a home.

There may be brighter days ahead, however. BMO says that Toronto is in a housing bubble and that desperate home buyers should take a two year break from their search, as prices will fall.

With all of this speculation, data, research, and what has occurred with Toronto’s housing market – only time will tell. We’ll have to sit back, do what we believe is right and let it take course. There are too many factors out of one person’s control that can make a significant change and one action from one individual will influence the smallest percentage of change.

If you are looking to sell or purchase a home and require a real estate lawyer, visit our Real Estate page to contact a lawyer today, or contact Devry Smith Frank LLP  at (416) 449-1400. 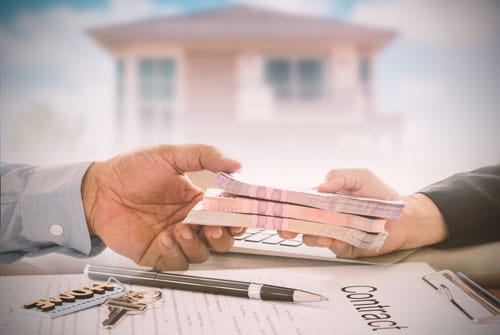 What happens if I default on my Mortgage?