In Canada, it is illegal to discriminate against people on the basis of sexual orientation, especially in the case of commercial business services available to the public. However, a legal case challenging the ability to discriminate against individuals for their sexual orientation because of religious reasons is headed to the U.S. Supreme Court. With Donald Trump’s Supreme Court appointment of Neil Gorsuch, who is clearly pro-religion, anti-LGBT rights, swinging the majority of the Supreme Court to conservative-leaning judges, it appears the U.S. may return to an era where LGBT individuals can be openly discriminated against in the name of “religious freedom.”

The Colorado case involves a Christian baker who refused to make a wedding cake for two men. Colorado is one of a few states that have anti-discrimination laws protecting LGBT individuals. The bakery, Masterpiece Cakeshop in Lakewood, was charged with violating the state’s discrimination laws. The state’s civil rights commission ordered the baker to provide wedding cakes on an equal basis for same-sex couples.

Instead of complying with the commission’s order, the owner, Jack Phillips, refused to comply with it. Instead, he brought an appeal of the decision based on the 1st Amendment’s guarantee of the freedom of speech and the free exercise of religion. Phillips will also argue that as a baker, he should have artistic freedom that is not regulated by the state. The Colorado Supreme Court refused to hear the case, prompting Phillips to appeal the decision to the U.S. Supreme Court.

Masterpiece Cakeshop has received a mixture of backlash and support for his decision. Interestingly, Phillips has noted that he has never strayed from his biblical teachings, even refusing to make cakes to celebrate Halloween, “anti-American or anti-family” themed cakes or ones that have a profane message.

This is occurring in the U.S. while Toronto gains recognition as one of the top three most LGBT-friendly cities in the world. That is not to say that discrimination against LGBT individuals does not occur in Canada. In fact, this year a Montreal photographer named Premiere Productions refused to photograph a gay couple’s wedding. While no lawsuit was brought against them, it is clear that this conduct was illegal. This shows that while support for LGBT rights is increasing in both Canada and the U.S., there is still a fight to be made for true equality.

At Devry Smith Frank LLP we have experienced lawyers in all areas of law. If you are looking for a lawyer or have general questions, please feel free to contact one of our lawyers today, or call us directly at 416-449-1400.

Fired because of Race? Consider a Human Rights Claim

Denied a Job Due to Lack of Canadian Work Eligibility? You May Have Been Discriminated Against

When Discrimination is Not Prohibited: Housing 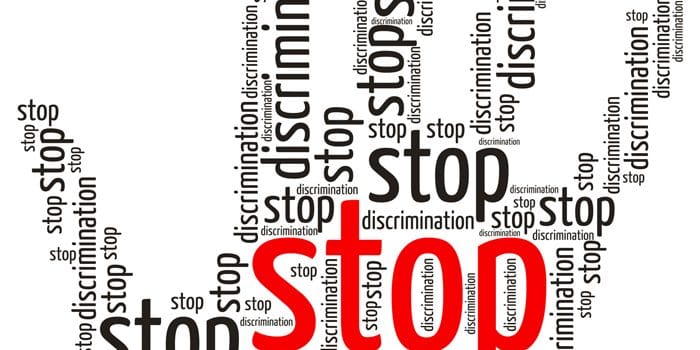 Requiring Customers to Come to Stores Has Been Deemed Discriminatory