The Ontario Superior Court of Justice (ONSC) has recently, and in numerous instances, been called upon to decide the question as to whether children should be sent back to school amid the current Covid-19 pandemic. According to the Guide to reopening Ontario’s schools issued by the Ministry of Education, parents can choose between online schooling from home or in-person schooling for the next semester. However, when separated or divorced parents cannot agree on this, the courts are, often perhaps unnecessarily, asked to get involved.

This Blog reports on four Endorsements released on this issue by the ONSC over the course of the last few weeks and comments on alternative strategies to resolve the back to school question in the best interest of the child and everyone involved.

The two cases Chase v Chase and Wilson v Wilson come to different outcomes that can nevertheless be reconciled. In Chase, the ONSC ordered for the child to be registered for in-person schooling, whereas the court came to the opposite conclusion in Wilson. Factually, the two cases differ, because only in Wilson did the court find that there were underlying health concerns, namely asthma, that would put one of the Wilson children at disproportionate risk if they had to return to school in September. This important health factor is was weighted by the court and balanced against the child’s mental health, psychological, academic and social interests, as well as many parents’ need for childcare which usually speak in favour of attending school in-person.

Notably, the ONSC in Chase pays deference to the government’s decision to reopen schools. The court holds that the government is better placed to decide upon the reopening than the courts are because the government is benefitting from extensive expert evidence and is conducting consultations with relevant stakeholders on this matter. As a consequence, the ONSC rejects to consider a recently released report by the Toronto Hospital for Sick Children that the parties, in this case, made reference to in the proceeding. Stating that there is evidence on both sides, the ONSC declines to be the adjudicator between differing expert opinions, leaving it to the government to evaluate the conflicting evidence. The court does, however, look to the particular facts of each case to determine whether there are individual risk factors that weigh in favour of making an exception from the general in-person attendance requirement set out in the respective provincial Education Act, i.e. in s. 21(1) of the Ontario Education Act, R.S.O. 1990, c. E.2

In its finding in Chase, the ONSC draws upon non-binding, yet persuasive arguments from two Quebec Superior Court decisions delivered on May 7, 2020: Droit de la famille – 20641, 2020 QCCS 1462 (CanLII) and Droit de la famille – 20682, 2020 QCCS 1547 (CanLII). The two decisions, too, come to different conclusions due to the fact that in only one of the two cases a family member suffers from a medical condition that puts the family at disproportionate risk, outweighing the child’s interest to return back to school.

The approach by the ONSC taken in Chase following the Quebec decisions falls neatly in line with the principled division of powers between the executive branch and the judiciary. It is the responsibility of the government to establish general policies with broad application, whereas the judiciary has to focus on individual cases in order to ensure that the government’s policies in their application to actual people do not lead to unintended hardships.

In Wilson, however, the ONSC takes a slightly different approach. Here, the court in fact considers the report of the Toronto Hospital for Sick Children, which recommends a return to in-person schooling. The court determines that it is unclear whether the in-person plan actually conforms with expert reports and that it appears to lack some of the recommended safeguards. The court concludes that it did not have any evidence to the contrary that returning to school was safe. To some degree, the ONSC in this case did evaluate the evidence and made a finding on its reliability in order to justify a decision that diverges from the recommendation of the Sick Children report. For this reason, it remains somewhat unclear whether reliance on expert reports will help a parent’s case to achieve the desired order.

In a third decision, Manabat v. Smith decided on September 2nd and involving one of DSF’s family lawyers, Katelyn Bell, the court affirmed a test previously set out in another very recent case, Zinati v. Spence, 2020 ONSC 5231. This test summarizes the factors determined in the (sparse) case law on the question of whether it is in the child’s best interest to be schooled at home or in person during the current pandemic:

Overall, the outcome of every case will really depend on the children and the family involved.

Alternatives to an Application to Court

A further comment made by the ONSC in Wilson deserves mentioning. The Honorable Justice Himel points out that bringing the issue of whether the child should return to school or not before a judge is not the most recommendable course of action. For one, the decision is likely going to be made on the written evidentiary record due to a lack of time and resources and a large number of emergency applications that need to be decided upon before school starts. This means that a judge who has never met the parties, let alone the child, will decide on what is in the best interest of the child and the family. A course of action that would empower the parties to make the decision and yet provide the benefit of professional advice and opinion is court-based mediation. This service is readily available and often free or subsidized. It has the further benefit of mitigating the tremendous burden on the family justice system that has arisen from the Covid-19 pandemic.

If you have more questions about your education law matter for both private or public schools contact John Schuman at 416-446-5080 and john.schuman@devrylaw.ca or Katelyn Bell at 416-446-5837 and katelyn.bell@devrylaw.ca. 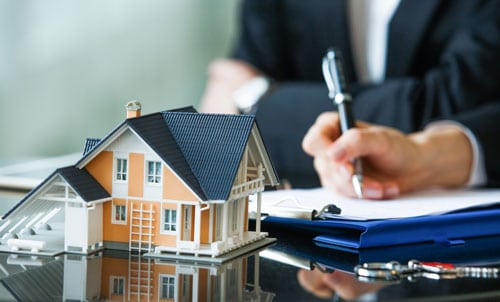