DSF’s education lawyer Katelyn Bell successfully defended the parents of a three-year-old student against a claim for unpaid tuition. The pupil’s parents were instead awarded $2,000 in damages against the school.

The Plaintiffs own a private Montessori school which has what they claim to be a “strict uniform policy” for all enrolled students. The pupil in our case – again, only three years old – was uncomfortable in her uniform and although the school raised no issue with the pupil not having worn her uniform on the first day of school, on the second day, the Plaintiff’s, the private school owners, refused the pupil entry. The evidence was clear that the pupil heard the Plaintiff school administrators deny her entry and that denial caused her to cry and grow fearful of school and of the Plaintiffs.

The Plaintiffs never contacted the Defendant parents about this incident and their decision to refuse the pupil entry after she arrived to her second day of school with her nanny.

Just days after having had their child refused entry at school, the Defendants received notice from the Plaintiff’s that all tuition for the entire year of school was due and payable.

The Court did not agree. Not only was no tuition payable despite the school’s Enrollment Agreement (their contract) but the Defendant parents were also awarded damages against the school.

The Judge hearing the matter in Burlington provided the following reasons for the Court’s decision:

The judge concluded that the Defendant parents were within their rights to terminate their child’s enrolment due to breach of contract as the school failed to follow their own policies, as set out in their Enrollment Agreement, Parent Handbook and their website. As a result, the Plaintiff school’s claim was dismissed and the pupil’s parents were awarded damages of $2,000 for reimbursement costs of alternative child care, the days the parents took off from work and the return of the cost of tuition for the entire month of September.

So, what does this mean for you and your child(ren)?

Just because you have signed a contract with your child’s school that all tuition is payable, no matter what the circumstance, this may not always be the case.

Failing to adhere to school policies from either party can become the basis for breach of contract.

Private schools should also be vigilant about maintaining clear and open communication with parents instead of relaying information through third parties such as nannies and caretakers.

Finally, strict compliance with certain policies should be adjusted keeping in mind the age of the student and the parent’s willingness to work with the school to ensure compliance.

Katelyn has acted as counsel for the following reported decision:

If you have more questions about your education law matter for both private or public schools contact John Schuman at 416-446-5080 and john.schuman@devrylaw.ca or Katelyn Bell at 416-446-5837 and katelyn.bell@devrylaw.ca. 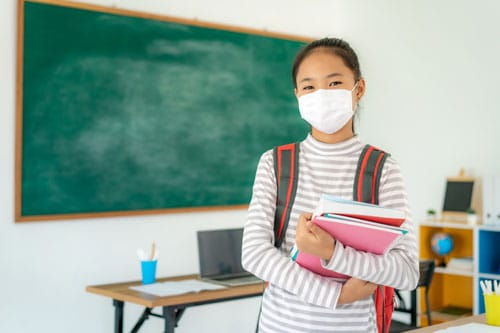 Is it Illegal For A Teacher To Secretly Film Their Students’ Cleavage?