Technology undoubtedly has great power when a superpower nation’s diplomacy can be built on 15-second tweets. A one-second decision to share, send, or post can irreversibly release data within the rest of the world’s reach. That same one second can also change a person’s life forever in a terrifying and nightmarish way.

In Jane Doe v N.D., a couple who formerly dated in high school and had broken up continued to communicate regularly by Internet, texting, and telephone, and continued to meet up occasionally. The defendant asked the plaintiff, who were both 18 at the time, repeatedly to make a sexually explicit video of herself to send to him. She refused, but he continued to probe and send her intimate pictures and videos of himself, pressuring her to do the same. Eventually, after the defendant promised that no one else would see the video, she relented and sent him an intimate video. Later that same day, the defendant posted the video on an internet pornography website and had shown it to mutual colleagues.

Under flagrant and outrageous conduct, the court considers whether the defendant’s act constituted reckless disregard by examining whether or not mental distress or suffering would ensue from the defendant’s conduct. The court in Jane Doe v N.D. found that core examples of “flagrant or outrageous” behaviour include clear violation of promises made, and a breach of trust – a malicious purpose to cause harm or a motive of spite is not required for a finding of flagrant and outrageous conduct.

The requirement that the conduct is calculated to produce harm is satisfied if the court finds it was clearly foreseeable that the conduct in question would cause the plaintiff profound distress. This test is met when the consequences or kind of harm are known to be substantially certain to follow.

Finally, the third element of visible and provable injury includes both actual physical harm and also significant psychological harm, which does not require a medical expert if the court can be convinced of the plaintiff’s harm otherwise.

In the Jane Doe v N.D. case, Justice Stinson of the Superior Court found that among others, the tort of intentional infliction of mental distress was made out. As a result, the plaintiff was awarded more than $140,000 in damages.

However, the case did not just end there. Upon Justice Stinson’s decision, the defendant, who previously had not retained counsel, decided to retain counsel to set aside the judgment for a “do-over”. The defendant alleges that he could not afford a lawyer and that the denial of a second chance at re-litigating the case would equate to a denial of access to justice and cause serious prejudice towards him. Justice Dow of the Superior Court set aside the damages ordered by Justice Stinson in a ruling that has still not been released to the public. The plaintiff is now appealing this decision; if she is unsuccessful, she would be back at square one to re-litigate the same matters.

For more information or any other questions regarding the tort of intentional infliction of mental distress, please contact our lawyers at https://devrylaw.ca/civil-litigation/. 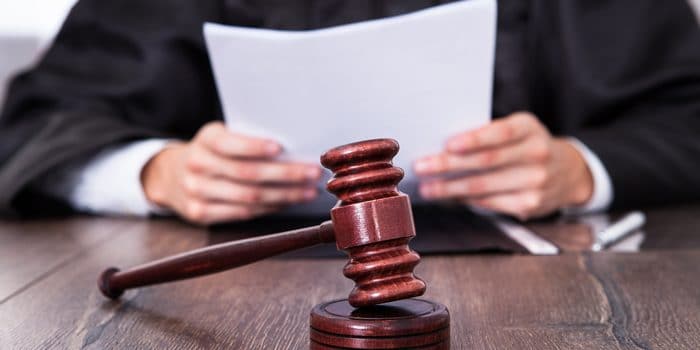 By: Nicolas Di Nardo Canadian judges are going back to school, or at least, that’s what it feels like. Judges must “understand the people they are judging” says Justice Adele Kent, head of the National Judicial Institute. That is the primary goal of “social context” education, which is cited in a federal bill now before END_OF_DOCUMENT_TOKEN_TO_BE_REPLACED

New Condo Development To Be A Game Changer For Vaughan

Given the current landscape of the Toronto real estate market, it is not surprising that people are beginning to look further out of the city for a property. The market in 2016 and now 2017 has caused first-time homebuyers and downsizers to be stuck with two options: Purchase a small condo to stay in Toronto END_OF_DOCUMENT_TOKEN_TO_BE_REPLACED

Is Ontario Really the Litigation Capital of Canada?

It is a commonly held belief that Ontario is the litigation capital of Canada. With more lawyers than any other province, a greater population and far larger economy, this idea is intuitive and easy to believe. However, the question remains; are individuals and corporations located in Ontario more likely to litigate than those located elsewhere? END_OF_DOCUMENT_TOKEN_TO_BE_REPLACED

Yes, You Can Film the Police. No, They Cannot Seize Your Device

Recently, a video surfaced online of Toronto Police officers doing their job in public. As long as you are not obstructing them or interfering with their work, you have every right to record and photograph them. This video that can be seen here shows police surrounding a male on the ground in restraints, while the police proceed to END_OF_DOCUMENT_TOKEN_TO_BE_REPLACED

Leaning on Liens for Payment

Construction and renovation work can sometimes involve multi-layered contractual relationships between the various players in a construction project, where there are numerous complex areas of consideration. An owner or developer may hire a general contractor, who will then contract with subcontractors for various jobs such as carpentry, plumbing, and electrical work. In the same way, END_OF_DOCUMENT_TOKEN_TO_BE_REPLACED